The location of photo points is dependent on the reason for setting it up. Some considerations include:

If establishing a site in a paddock that does not have any existing sites, the site or sites should be located within the dominant land type(s). For example, do not choose an isolated black bluebush patch if it is not typical of the paddock. You should also avoid areas that are obviously atypical or are small areas of transition between different land types.

The land type chosen must also be one that gives a good indication of grazing impact and within an area that is preferred by stock.

The site should be uniform in vegetation, soil, slope and aspect, wherever possible. A site should not to include any area that is disturbed e.g. roadside. When the photo is taken it should include an area of approximately 100x100m, however you can record a larger area if you have identified other aspects of natural resource condition to be monitored.

When selecting sites, avoiding areas that are not regularly grazed, on stock pads and very close to watering points, unless you are specifically trying to record what is happening in these areas. The aim is to monitor areas where indicator species (usually palatable perennial plants) are present or are expected to occur. As the distance from water that cattle range from water varies greatly (depending on feed availability and animal class), a distance of between 2-4 km from watering points is an area likely to be grazed regularly and suitable for a photo point.

Access and relocation (finding the site in the future)

Sites need to be easily locatable, so it is wise record the distance from a permanent feature such as a gate or trough or you could use a GPS to capture co-ordinates for the site. It also helps if the site is located close (but at least more than 50m away) to a frequently travelled road/track.

A photo point marker, such as a peg or post, will help to relocate the site.  It is also important to make sure that these posts are clearly visible to prevent being run over by vehicles or motorbikes.

Other factors likely to bias or influence the site vegetation should be recognised and avoided where possible. Avoid placing sites in or near the following situations:

To take the photograph, stand behind the marker peg and centre the camera view on the base of the sighter peg as shown in Figure 3 and Figure 4. 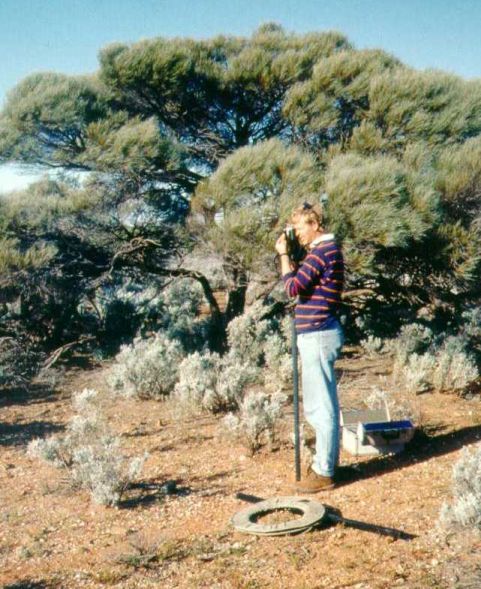 Figure 3: Taking a photograph, standing at the 1st (marker) peg

Figure 4: Directions for taking the photograph

It is important to keep a record of what and where and date the photo has been taken. With digital recording and filing systems, it is relatively easy to download your digital photos straight onto your computer. Suggested criteria for filing your photos include the following:

It is best to download photos as soon as possible after taking them to ensure that this job gets done before the photos are forgotten and maybe inadvertently deleted.